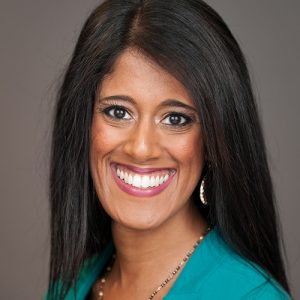 Shivanthi Sathanandan is a young Asian American DFLer of Indian and Sri Lankan descent.  She grew up in St. Paul, Minnesota, the daughter of immigrants who came to this country seeking the promise of the American Dream for their family.  Her mother was a nurse and proud MNA member, who instilled strong union values in Shivanthi.  Her father worked in accounting, and came from a family that lived the belief that political engagement should be a central part of every community member’s life.  Shivanthi is a graduate of St. Paul Central High School and the University of Minnesota.  She is currently the Managing Director of Outreach for a non-profit organization.

Shivanthi believes that activism begins in neighborhood communities and that successful electoral politics depends on direct person-to-person communications.  She has spent countless hours mobilizing volunteers, knocking doors, working the phones, and talking to voters for DFL campaigns at various level of government, including city, county, state and federal races.