The next SCC meeting/2023 Business Conference will be held on Saturday, February 11th, 2023 at Minnesota State University – Moorhead in Moorhead, Minnesota. The meeting will call to order at 10:30 AM.

The closest parking lot to the theatre is lot R6.  The venue and lot R6 are circled on the map below.  Parking in this lot is free on the weekends. 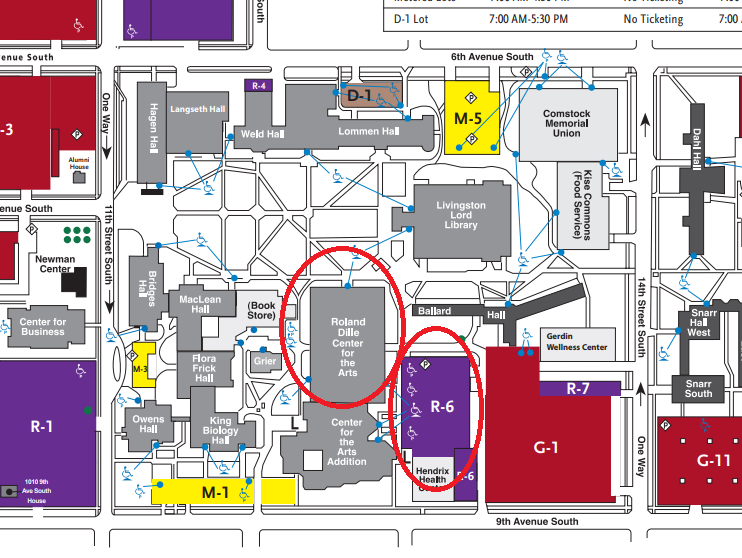 Hotels in the Fargo/Moorhead Area (all wheelchair accessible):

– If necessary between conventions, endorse candidates for statewide office

Membership consists of representatives from local party units, the State Executive Committee, 50 at-large members, ten elected officials, and the chairs and vice-chairs from each district.