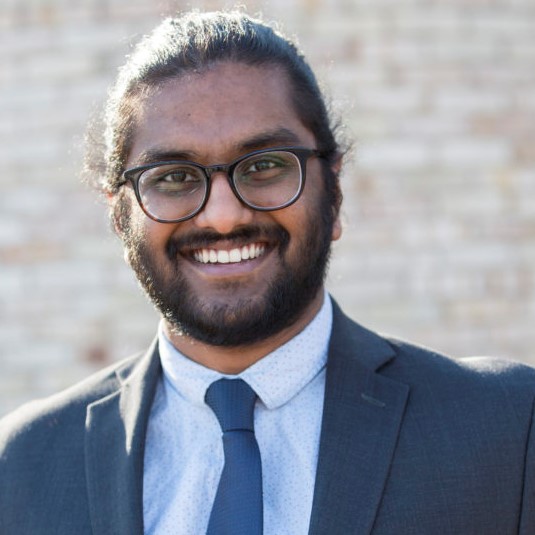 Adi Penugonda is a proud union member and the DFL Secretary. He grew up in New Berlin, Wisconsin, and moved to Minneapolis to attend the University of Minnesota, where he graduated with a degree in Political Science and Sociology. Adi has worked as a community organizer, advocated on behalf of students at the state legislature and is currently a project coordinator at the Humphrey School. He has served the party at the local level, as a parliamentarian and a state director, but still feels most at home hard-at-work on the doors, where he’s volunteered for local, state and federal races.

Adi’s involvement in the DFL stems from his deep commitment to making politics, and the party, a more accessible space for people, no matter their class, race, sexuality or gender. He brings his passion for social justice, his knowledge of Robert’s Rules and interest in technology to the DFL. Adi lives in the Central neighborhood of Minneapolis with his partner Crystal and their cat Basil, and loves tricking his friends into playing complicated board games.